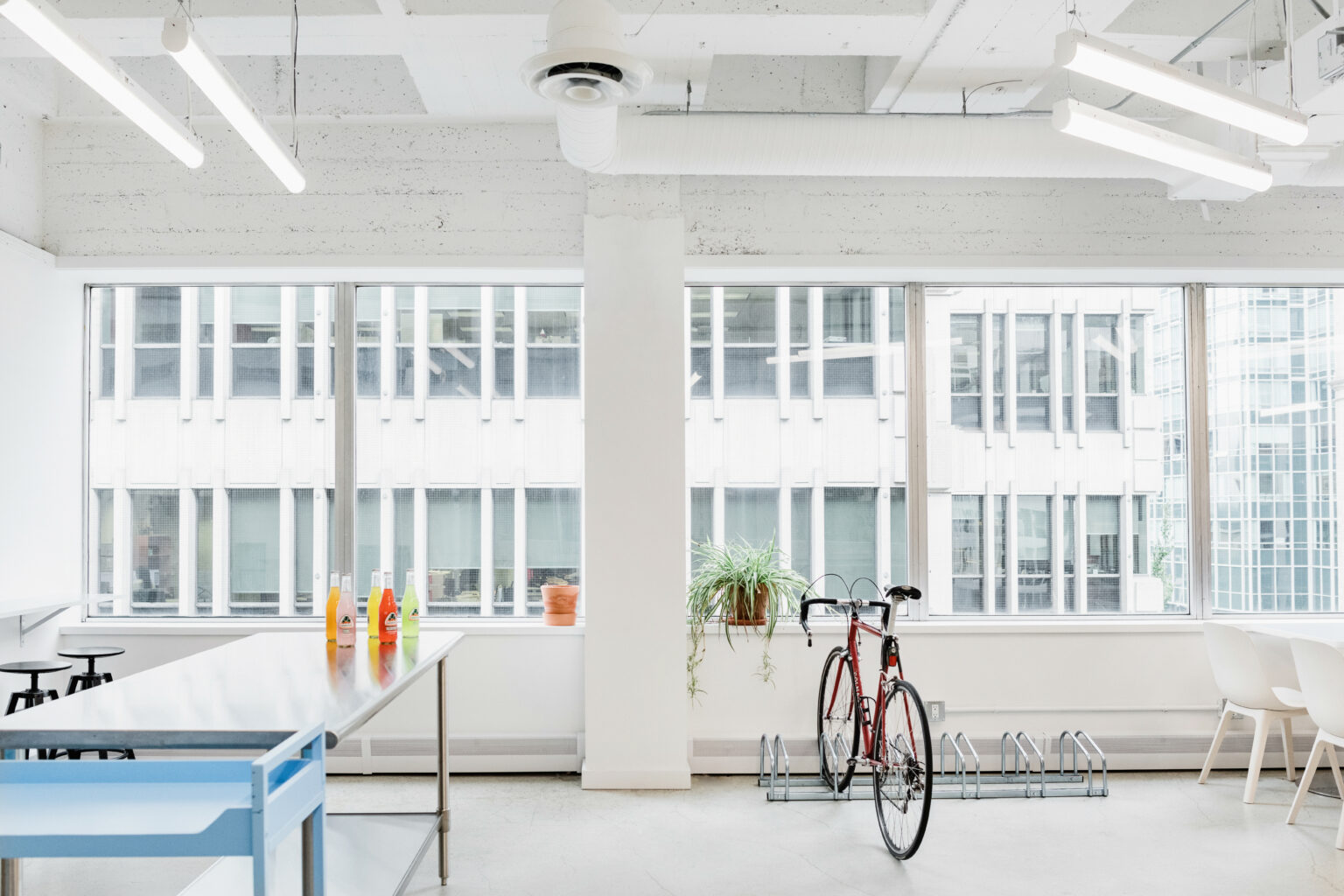 The Segev LLP offices occupy an entire floor of an office building in the downtown financial district of Vancouver. Early explorative work revealed that above a typical t-bar drop ceiling, the base building’s coffered concrete structural ceiling was waiting to be exposed. Programming exercises determined a layout in which private offices hugged the perimeter of the building, while the reception desk, meeting rooms, storage rooms, a communal work space and a staff bar occupied the floor plates core. An elliptical track of circulation runs between this central zone and the offices along the exterior walls.  Linear light tubes suspended from the white industrial ceiling trace the ring of circulation and provide a whimsical source of way finding through the sequence of programs. 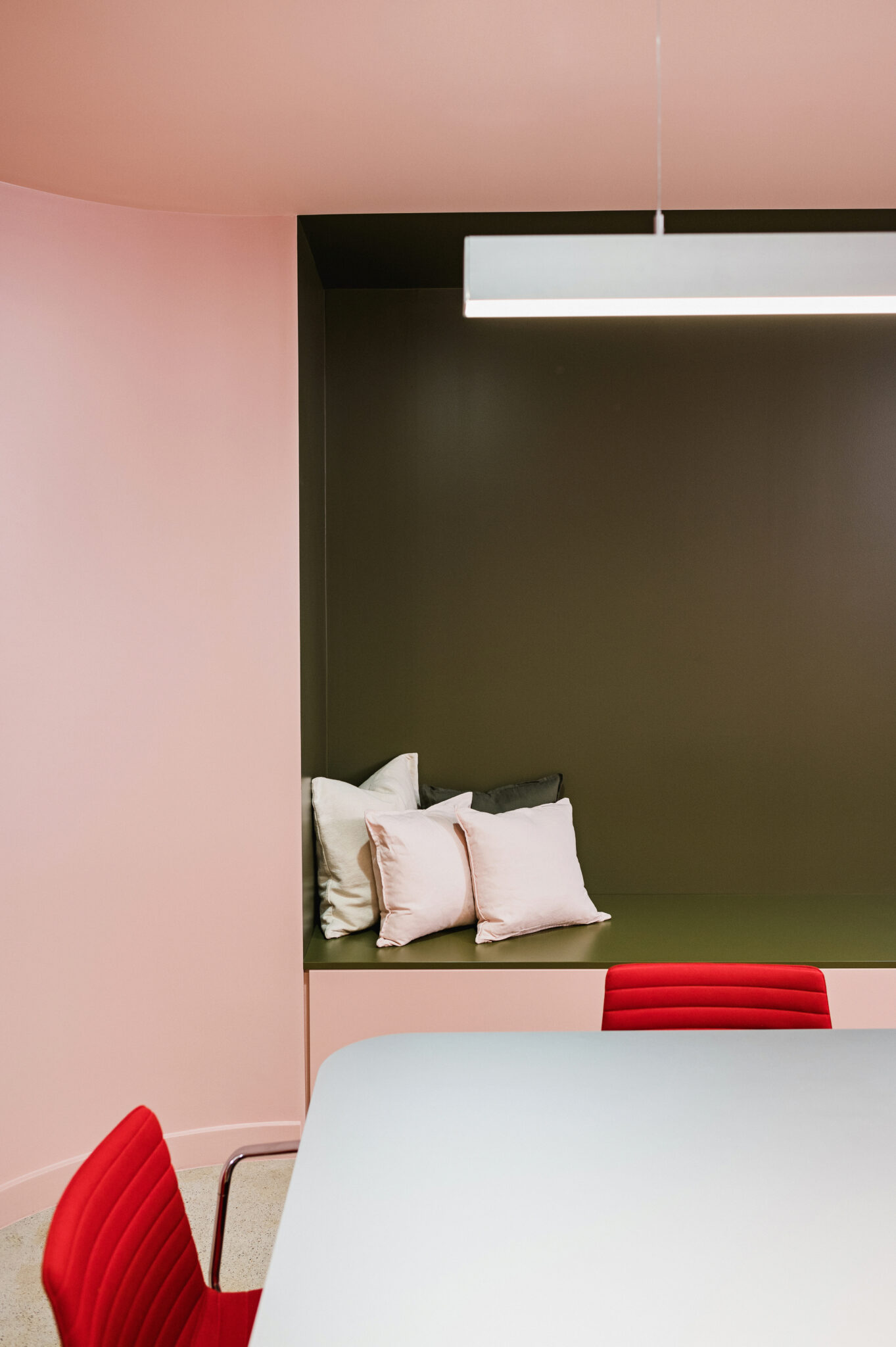 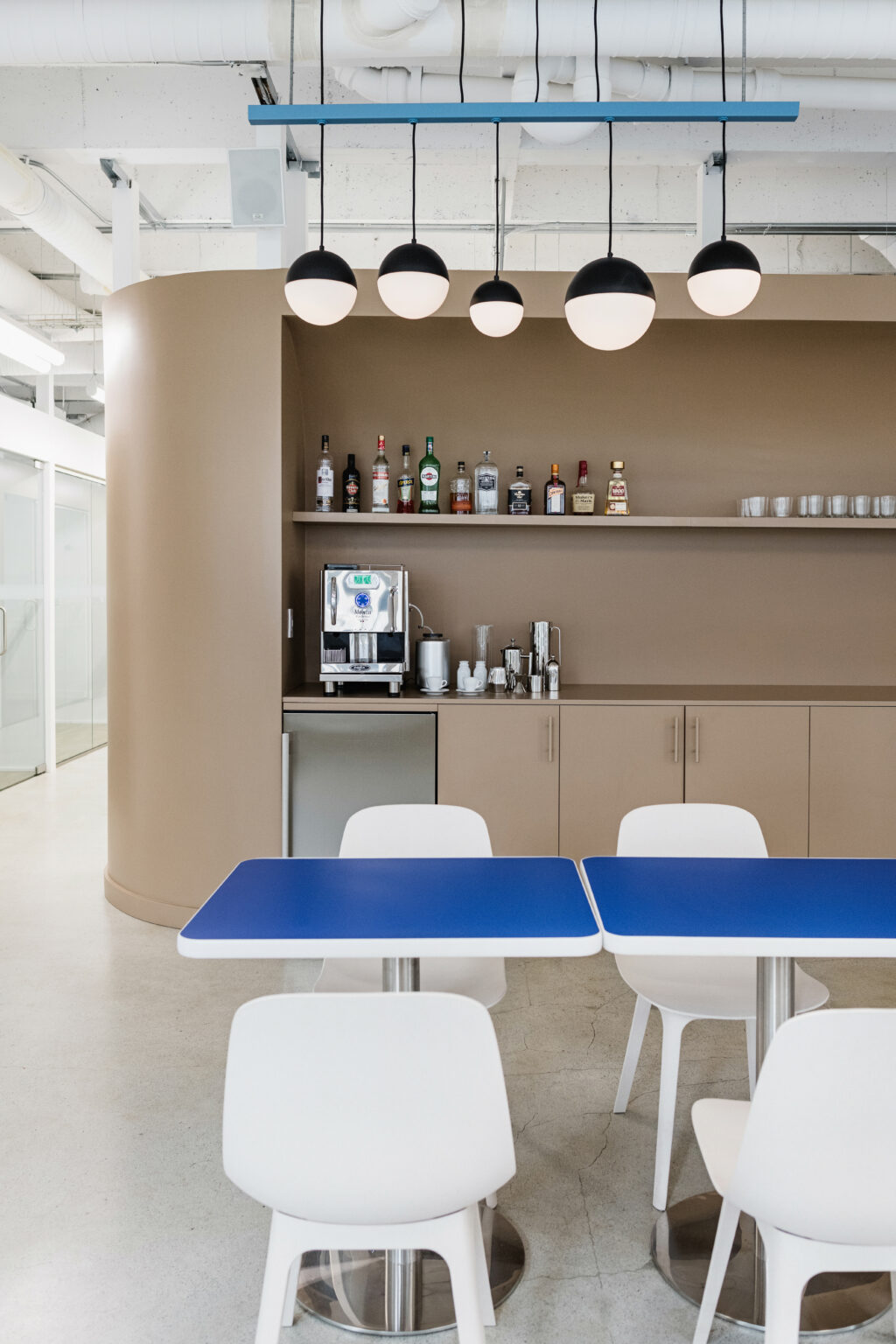 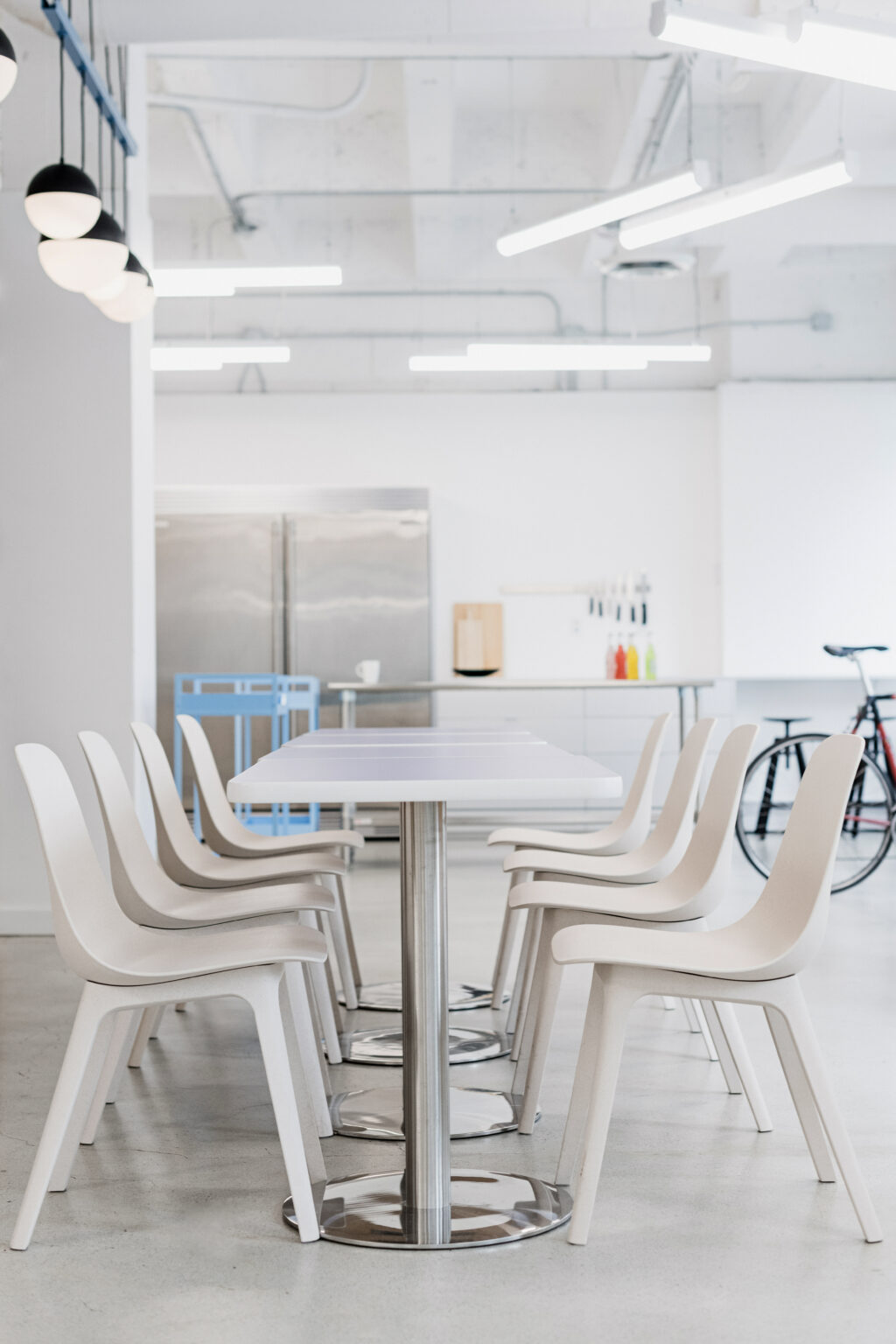 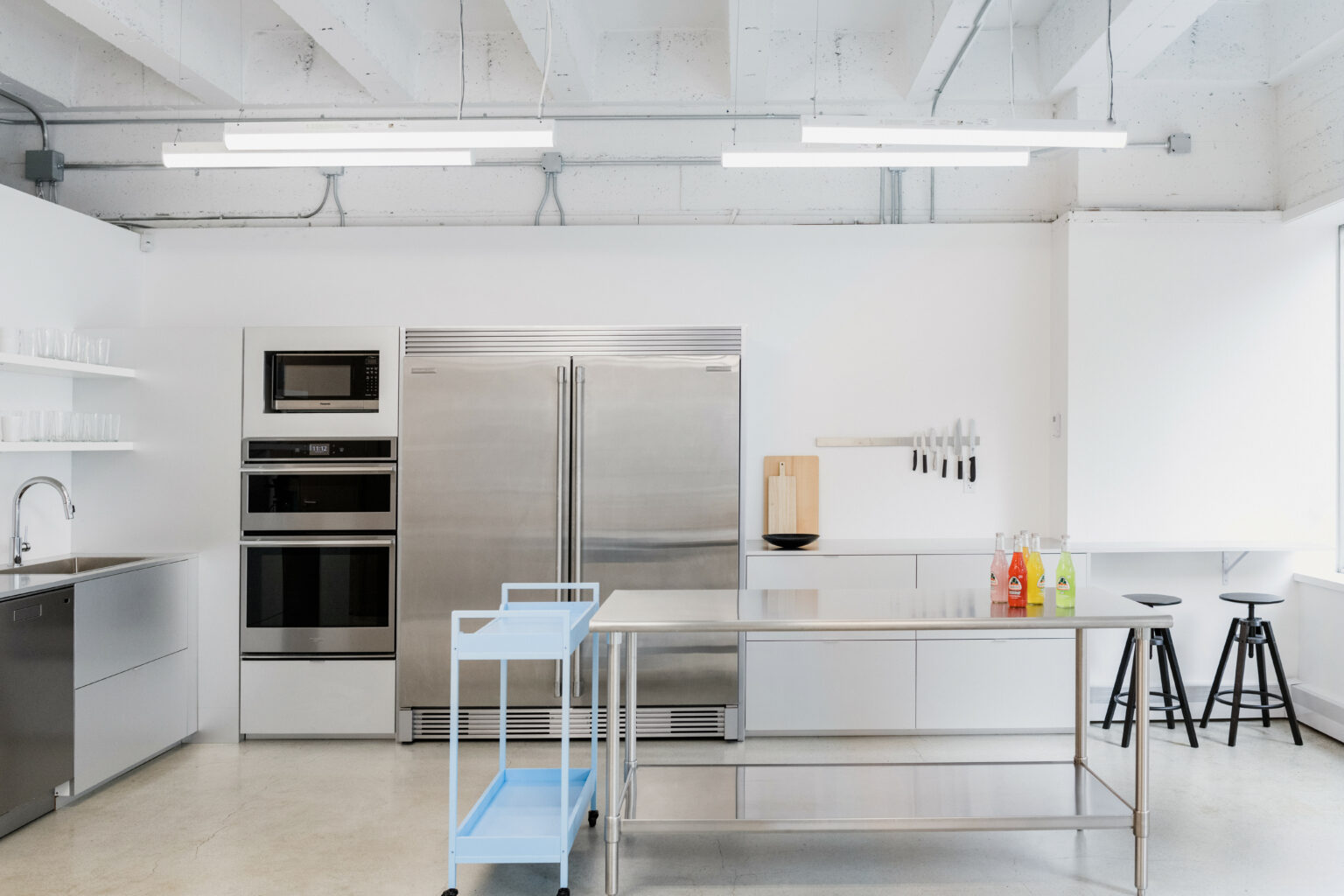 “The client wanted to create a dedicated community area for staff that took inspiration from hospitality spaces. The result is a kitchen, cafe area and bar, complete with record player, that is playful, fun, and boasts incredible views out to the surrounding cityscape.” 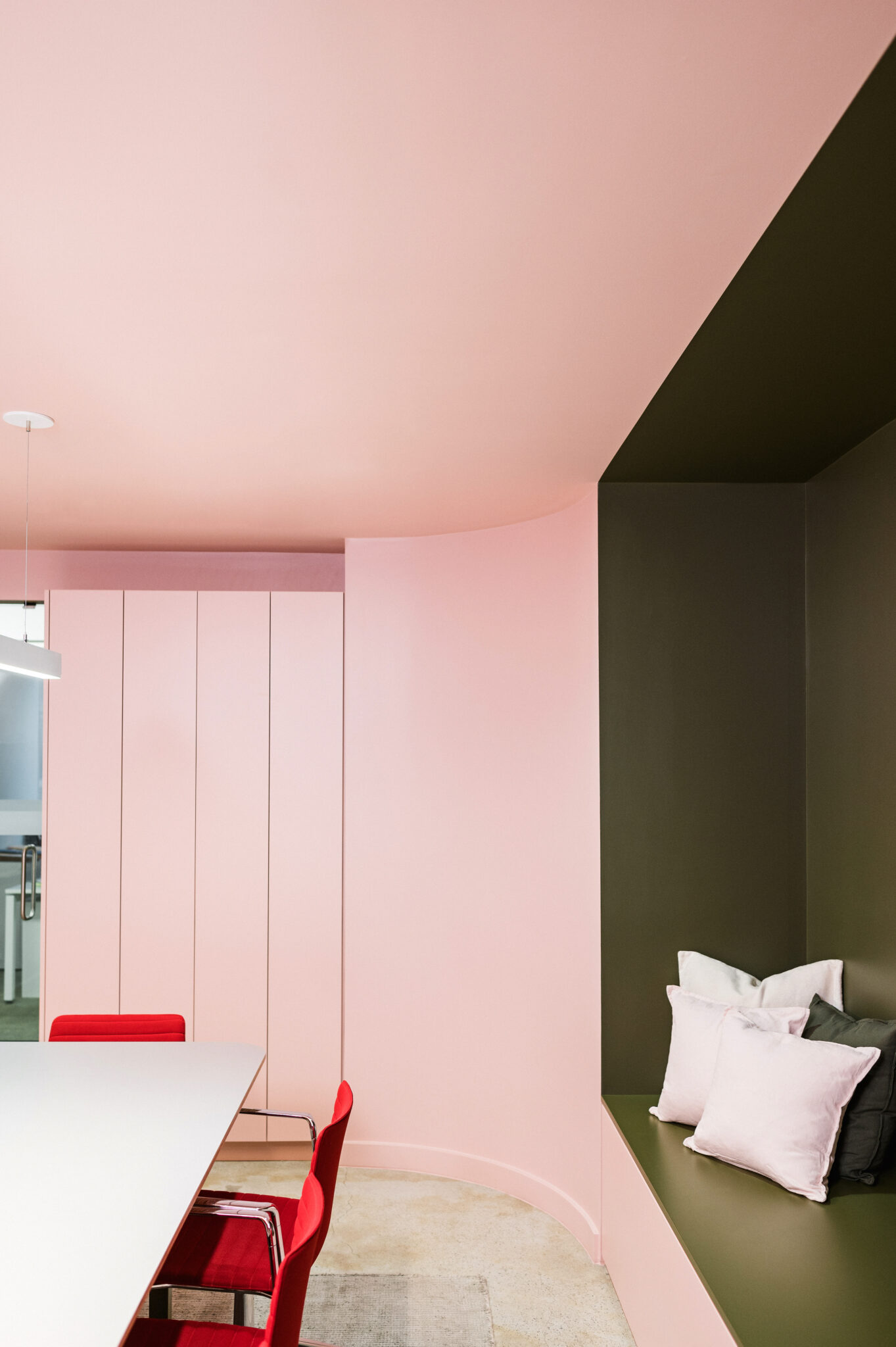 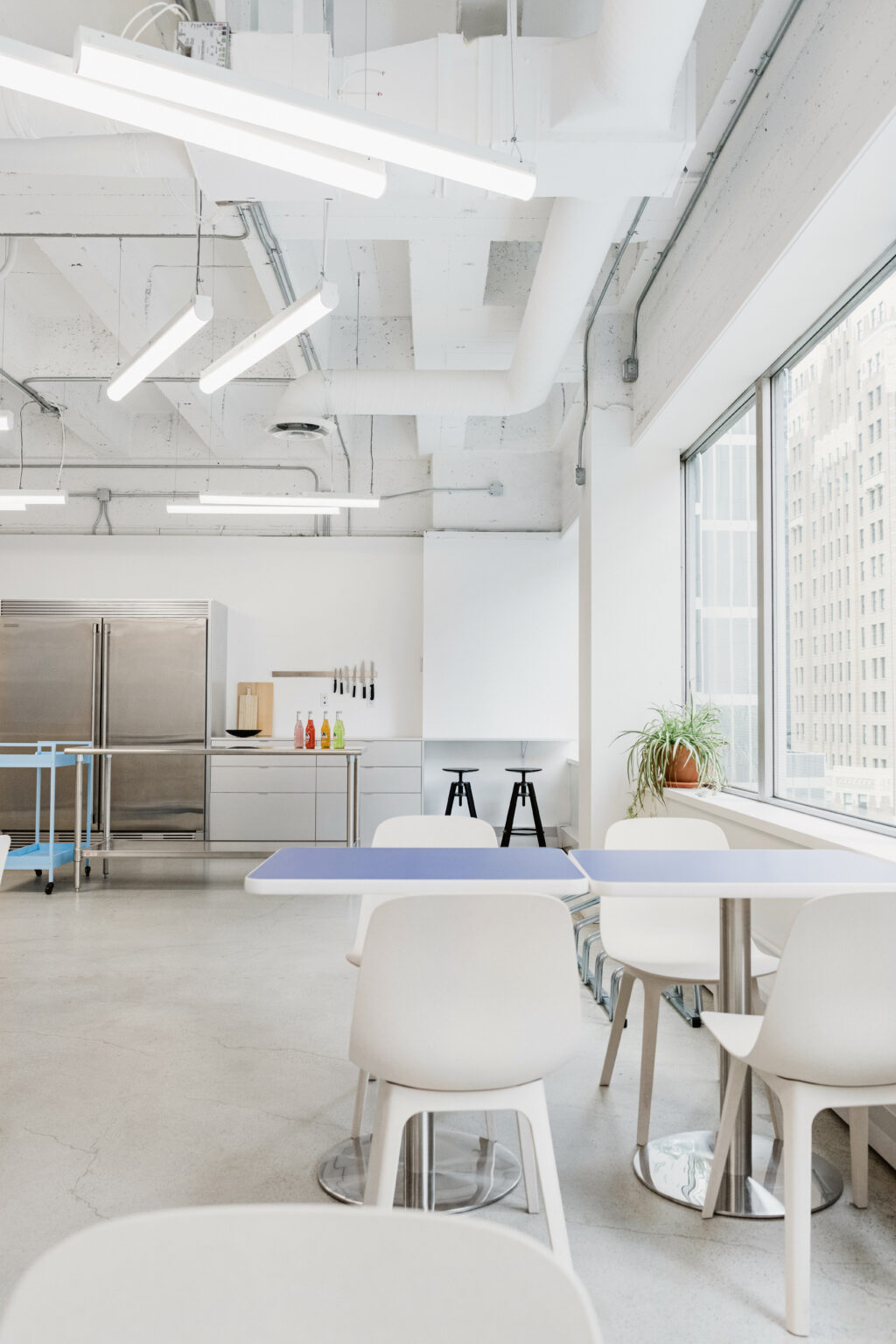 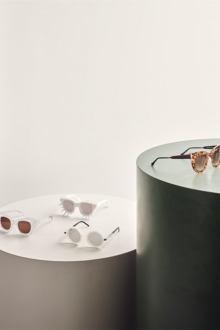