For the renovation of a penthouse apartment in Vancouver, &Daughters applied a youthful minimalism and playful injection of colour to the previously generic design. The space, originally built in the early 2000s, occupies the top two floors of a tower in the dense and urban downtown core. A brief that included a demanding timeline, resulted in the decision to leave the larger architectural components in place. The project became an exercise in how to express the owners youth and character and reinforce the strong qualities of the space through materials. As a contrast to the often grey and overcast sky that the apartment occupies, the designers chose to work with distinct colour to bring a sense of light and nature into the previously dark and dated space. “A shade of pale green became the catalyst for drawing focus to the relationship between the two levels within the space. A delicate and whimsical custom steel handrail, further delineates this expression, as it wraps its way up the stairs.” 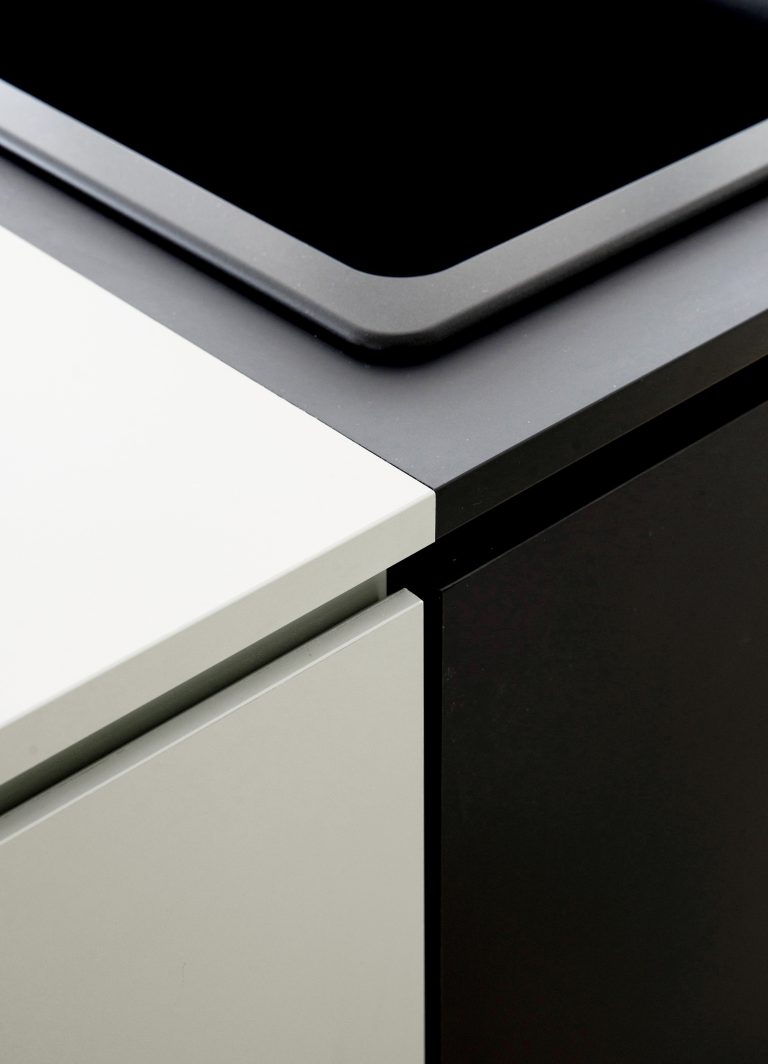 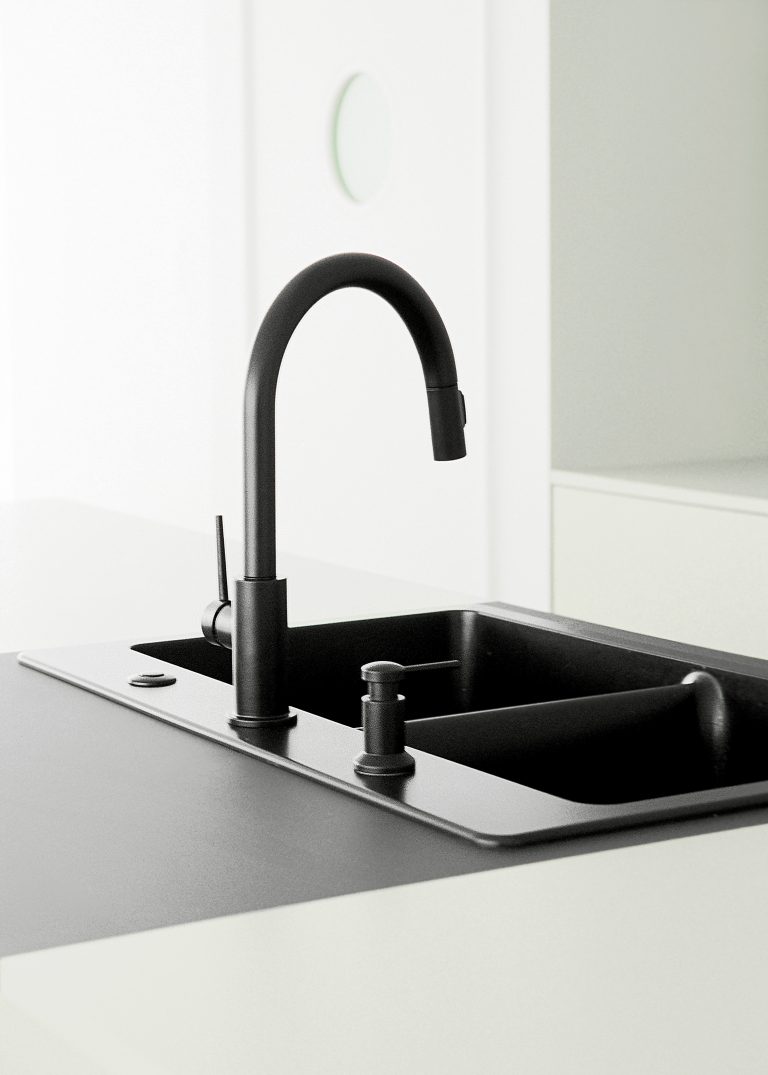 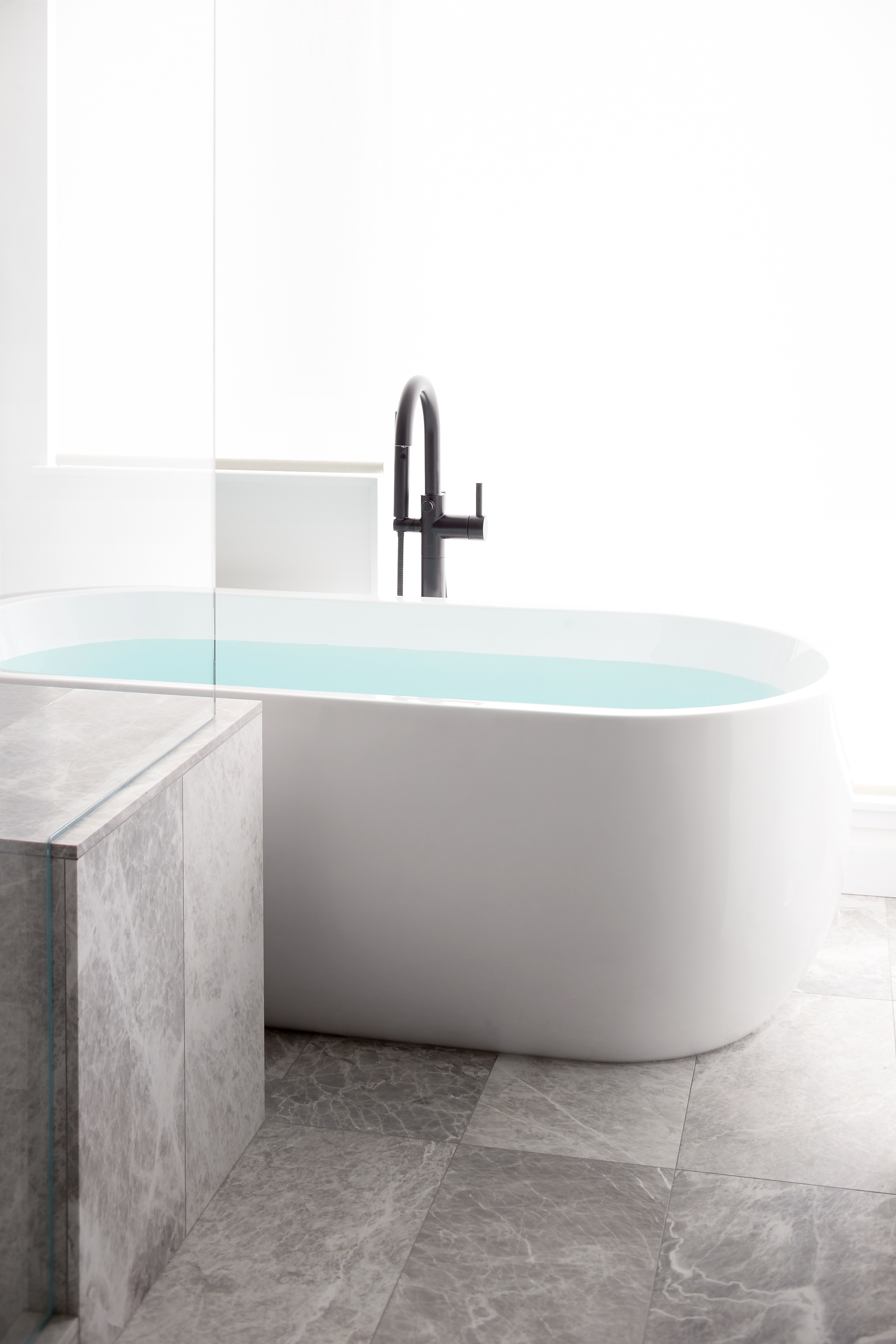 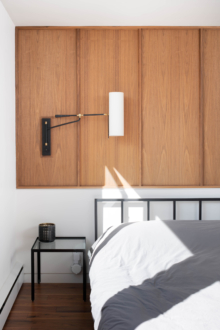